Increasing the density of our existing neighbourhoods is key to solving Auckland’s housing challenge. But where do we find enough spare land to make an impact?

Increasing the density of our existing neighbourhoods is key to solving Auckland’s housing challenge. But where do we find enough spare land to make an impact?

The way we live in New Zealand has changed, and Auckland must change, too. To keep pace with the demand for more affordable and practical urban housing, Auckland needs to change the way it builds its homes and communities and embrace medium-density living.

It’s a vision shared by councils and lawmakers, and one Housing New Zealand is helping make a reality. By redeveloping underutilised land and building new homes for multiple families, it is increasing the housing supply to the benefit of all New Zealanders.

Planning for the future

The fact we need to intensify in our cities to meet housing-supply challenges is a reality accepted at all levels of government, from the Beehive to the Super City.

A report(external link) by the Centre for Housing Research Aotearoa New Zealand (CHRANZ) highlights the move towards medium-density living, and recommends: “Planning and policy should provide for a wider distribution, greater diversity, and greater flexibility of medium-density housing than has prevailed in the recent past.”

In Auckland, the report’s findings are echoed in the Unitary Plan, The Auckland Plan and the Mayoral Housing Taskforce. Through allowing greater intensification, reducing red-tape for developers and increasing confidence for residents, the aim of all three council plans is to encourage medium-density developments and promote a design-led approach that creates high-quality homes and communities.

As Auckland’s largest residential landholder, owning 6% of land, Housing New Zealand has an important part to play in shaping the design of the city’s suburbs and its future prosperity. During the drafting of the Unitary Plan, Housing New Zealand drew up submissions that resulted in the plan allowing an additional 30,000 homes to be built on Housing New Zealand land over the next three decades.

Now, with Housing New Zealand’s own $2.23 billion Auckland Housing Programme in place, those homes are already being built. Across the city, old, tired stand-alone houses on large plots have been removed and the land used to build multiple, new, warm dwellings to house a greater number of families. In 2016-17, 1,524 new state houses and market/affordable and transitional homes were built, the greatest number for over 25 years. Last year that number increased to 1,627. 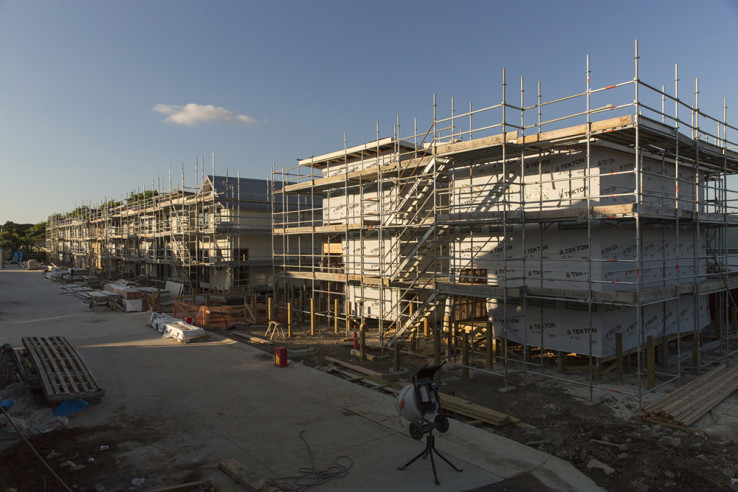 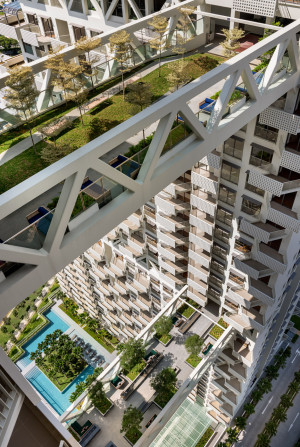 In the past, when our cities have needed more land, they’ve just sprawled out ever further. But that is no longer a viable solution. Our iconic green wildernesses and rich agricultural lands are too environmentally and economically important to squander. Overseas, where land supply is even more limited, cities have already learned how to make better use of existing space to house their citizens. In cities as diverse as Singapore, London and Vienna, medium- and high-density developments mix state and market homes, promoting vibrant neighbourhoods as well as housing growing populations.

In Singapore, which has experienced land constraints since the 1960s, over 80% of the population lives in social housing. With no decline in the city-state’s rate of urbanisation, its public housing complexes are becoming increasingly dense. In response, while continuing to build upwards, Singapore’s government is focusing on the quality of its public spaces(external link), offering open, green and communal areas at all levels of the cityscape. As its population density has increased, Singapore has transitioned from a “vertical city” to a “city in a garden.”

Vienna’s successful social housing programme has been running for a century, and almost a third of the city’s residents (about 600,000 people) live in Gemeindebau(external link) (government housing). Originally built as low-rise apartments around central green courtyards, the blocks are now high-rise buildings, however the same attention to open, communal areas remains. A prime example is the award-winning Sargfabrik Housing Estate, which turned an old factory into 100 residential units, featuring “green architecture”, rooftop gardens and amenities such as a pool, restaurant and conference facility. 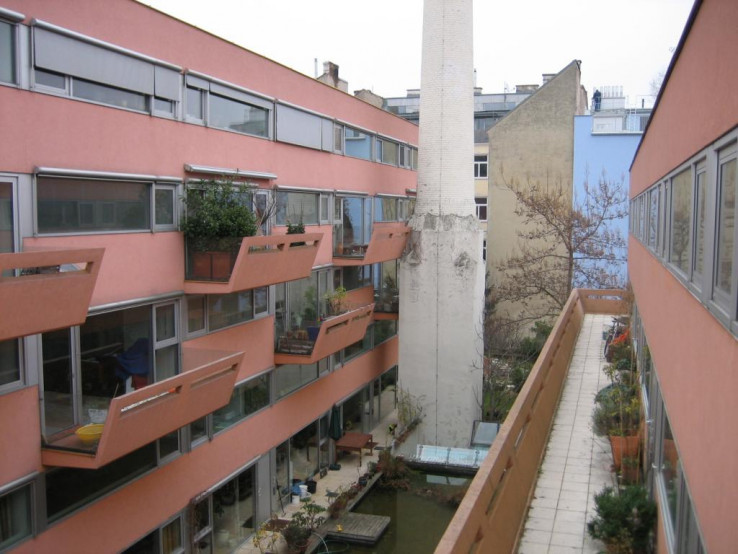 London has been building high- and medium-density estates since the 1960s. The World’s End Estate(external link), by the Thames in Chelsea, highlights how great architecture and landscaping can grow vibrant communities. Now over 40 years old, it is home to over 2,500 residents and is an exemplar of the “city village”. Much of its success is attributed to its mix of tenants (200 of the 750 homes are privately owned) and its blend of architecture and landscaping, which promotes shared communal areas and green spaces.

Great design – from homes to surrounding suburbs – is at the heart of all Housing New Zealand’s new developments, too. In its report, the Centre for Housing Research says that new medium-density developments must contain a mix of different types of housing, from terrace and semi-detached to units and stand-alone homes to cater to all ages and stages. Two design qualities are essential for the success of any new community: sanctuary and domain.

– Sanctuary is the actual home itself: a safe and secure environment, affording privacy, space, light and warmth. Key attributes include: modern and contemporary design, ample room size and storage, warmth, natural light, and peace and quiet. These are design features incorporated in all new Housing New Zealand homes. Stand-alone housing, flats, terraces and duplex dwellings – they are all built to standards above those set by the building code, with particular attention paid to insulation, double glazing, and energy- and water-saving fittings. They are modern homes designed for today’s lifestyles.

– Domain is the neighbourhood in which the dwellings are situated. It incorporates the scale and number of households in each development, the different types of houses, access and parking, and the gardens and green spaces surrounding the homes. Each site marked for development by Housing New Zealand is planned to provide easy access to amenities, such as transport links, schools and shopping areas. Attention to the design of the homes’ exteriors means HNZ can strike the right balance between cohesion and variety, improving the streetscapes for the neighbourhoods. Shared open spaces are often upgraded or newly created to promote a sense of community.

On a larger scale, Housing New Zealand’s Northcote project, which involves 400 new state homes, features a network of existing and new parks and walkways, called a ‘greenway’. Attention to public green space ensure that despite living closer together, residents can still enjoy getting outdoors – an essential part of the outdoor Kiwi lifestyle. Kids still have somewhere to ride their bikes and to kick a ball around, and adults have a quiet place to sit.

Over the past two decades, Auckland’s population has risen by 50%, to 1.5 million people, and is set to grow to 2 million by 2033(external link). As our population has grown our lifestyles have changed, too, The 1950s sections with their lawns big enough for backyard cricket have shrunk, replaced by smaller, lower-maintenance yards which cost less time and effort to care for. The way we build new social housing has to reflect these changes, too.

State houses on large sections have been a part of Auckland’s landscape for a long time and there’s a familiarity – even nostalgia – to them. But many of the homes are no longer fit for purpose and redeveloping the land to build modern, quality homes – and more of them – is part of the solution to the challenges Auckland faces as it grows in population. By embracing housing density and diversity, Auckland’s communities will also grow in vibrancy and strength.