Our staff are making an impact on a regional project in Waikato aimed at improving the wellbeing of all of the region by 2030.

These 10 targets have been turned into local targets from the UN Sustainable Development Goals.

“You will see the first one is “our people are living in sufficient housing” – we obviously have a big role to play in that” says Gemma Brooks.

“We were part of a workshop that looked at what the barriers are currently to that goal, what some of the solutions could be and who the contributors are.” 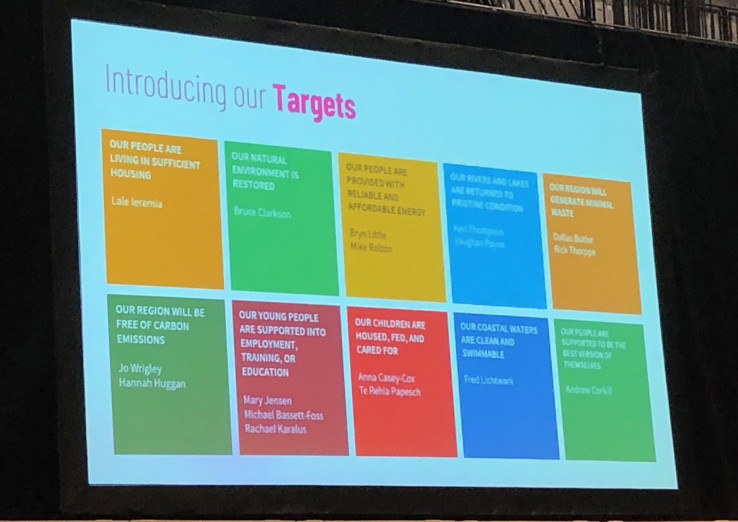 Kāinga Ora is a member of the Waikato Housing Initiative and were invited as members of that to the summit. Other attendees were from local and central government, NGOs, government agencies, community groups and members of the community, including secondary school students.

The Prime Minister also attended the opening of the summit and has talked of her hope that the project will be used as a blueprint for other regions across New Zealand.