North Canterbury social housing is among art centres, educational precincts and pop-up cafes in being recognised for inspirational, creative and innovative use of colour.

Rohan Collett, Director of the firm that shares his name, said his team were “very excited that a cost-driven social housing redevelopment project won ahead of many other fantastic architectural projects with higher budgets in New Zealand”.

“It highlights the importance of colour in design and that well-considered architecture should be achievable and enjoyed by all sectors of society – not just those who can afford it.”

Rohan said the design approach to the project aimed to destigmatise social housing developments, moving away from the time-honoured design that became synonymous among New Zealanders with the term ‘state house’.

“I also believe the carefully considered arrangement of buildings, and spaces between buildings, to encourage social interaction between occupants, highlights Kainga Ora’s aim of successfully improving the social housing stock in New Zealand and outcomes for tenants,” he said.

Deana, who was Kāinga Ora’s Project Manager for the development, echoed Rohan’s comments about the development’s design, and said it was “a fabulous project to work on”.

“The design creates a sense of belonging with its community garden space and outdoor seating. The internal courtyards provide privacy, the homes are warm and they provide generous indoor living,” she said.

“Our build partner, Home Construction delivered a great development and worked well with Kāinga Ora to get the project delivered early so 12 of the 28 units could be occupied prior to Christmas 2018.”

See all winners in the Dulux Colour Awards 2020(external link) 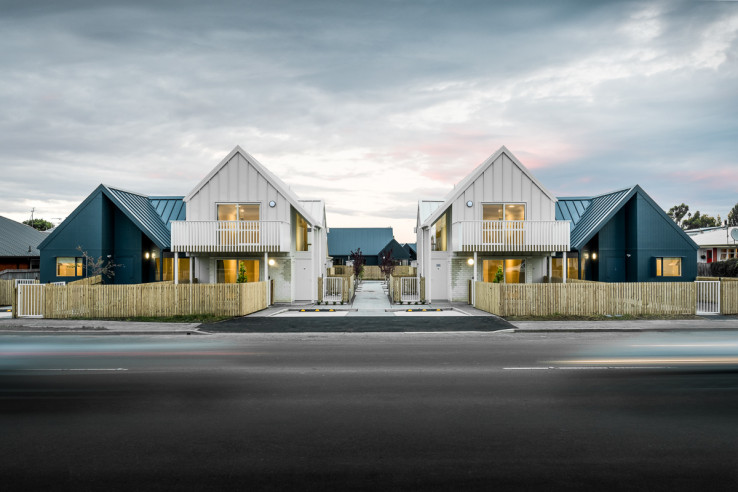