News / Pasifika and Māori market pops up in Auckland

Pasifika and Māori market pops up in Auckland

A Kāinga Ora property on a suburban street in Avondale has been transformed into a vibrant pop up market.

P.O.P Up 828 Maketi (market) has appeared at a soon to be redeveloped Kāinga Ora property in Auckland.

The market is being run in Avondale by deconstruction company TROW Group. General Manager Saia Latu says the aim is to connect, promote and celebrate Pasifika and Māori businesses while encouraging sustainability and entrepreneurship.

TROW Group has held similar community events in the past but nothing quite as ambitious as this, Saia says. “It’s about creating a grassroots event with a relaxed atmosphere. Food and music is provided and we bring the community, the buyers and the sellers together. 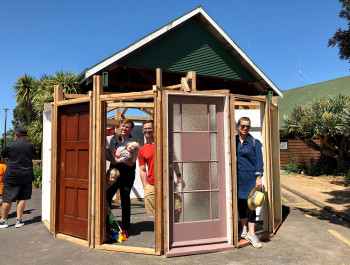 “When COVID hit, we wanted to do something different to help support the aspirations of Pasifika and Māori business owners. P.O.P stands for people over profit and 828 refers to the area code for Avondale. Also, we called it maketi, which means market in Tongan, to attract attention.”

The launch of the market on 17 October was a big success, drawing about 1400 visitors to the location at 18 Elm Street.

Over the six weeks that the market will be operating, business owners from the Whau Local Board area will be given priority at the stalls which will be rotated to ensure plenty of opportunities for people to promote their products and services. These range from massage to Pasifika inspired clothing and accessories, food and drinks, art, music and cultural performances.

As well as running the market, TROW Group is also responsible for removing the old homes at a nearby Kāinga Ora public housing complex called Highbury Triangle. The homes are being removed through a process known as deconstruction.

This is a type of demolition which seeks to reuse and recycle as many building materials as possible. Kāinga Ora has a policy to divert at least 80 percent of building materials from landfill during demolition/deconstruction of old homes in Auckland. Diversion targets will follow in other regions later this year.

TROW Group is providing a maker space at the market where building materials are brought from Highbury Triangle to be turned into things such as furniture or planter boxes. Repurposing these materials is about promoting sustainability and community well-being, Saia says.

The market will be held at 18 Elm St from 3pm till 8pm from Wednesdays to Fridays and 9am till 12pm on Saturdays and Sundays until late November. Go to facebook.com/popup828/(external link) for more information. 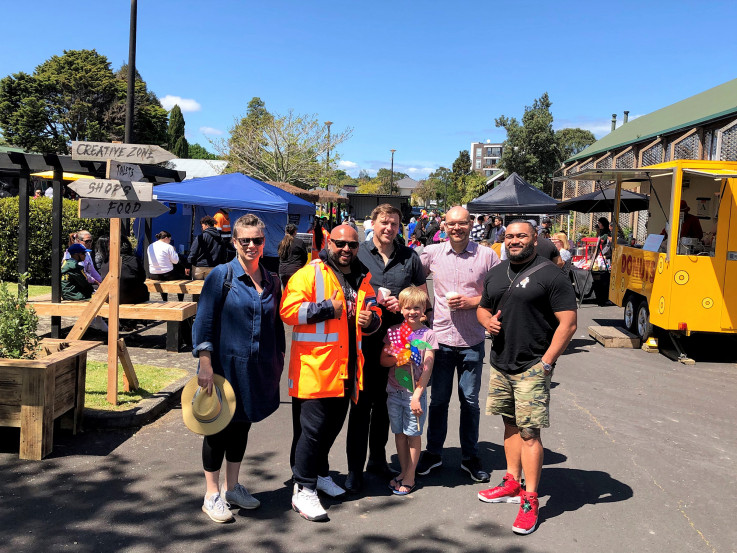