An open home of a different kind

A fire in an Invercargill home has become an important tool in helping educate people about the dangers of house fires.

Hundreds of people looking through a fire-damaged Kāinga Ora home has already resulted in positive changes that could be the difference needed to keep families safe. Thankfully no-one was harmed in the fire, but the family affected have lost many of their belongings.

An ‘open home’ of a different kind was hosted in Invercargill at the weekend, after a family’s Glengarry home was significantly damaged by fire. No-one was harmed in the recent blaze, but the family lost many possessions and will have to move into a new Kāinga Ora home.

Nearly 470 people braved chilly conditions on Sunday to look and learn how they could avoid finding themselves in a similar situation.

Kāinga Ora Area Manager Gill attended the open home and was pleased with how such a positive impact could come out of the fire.

“When Fire and Emergency told us this property would be suitable for an open home, we were more than happy to get involved,” she said.

“As a result, there are more than 20 households who are now better prepared and that makes this all worthwhile – the more awareness we can generate, the better, and if even one fire is prevented from this open home then that’s a success.”

For Invercargill Senior Firefighter Bradley May, planning and hosting the event was “certainly worth the effort”.

“We managed to get 468 people through those gates over the course of four hours,” he said.

“Eleven of the households through were identified as having no protection, and we’ve already had crews at their properties installing smoke alarms. Another 10 households were not even sure if they had protection, so we’re working on getting into these households as soon as possible.” 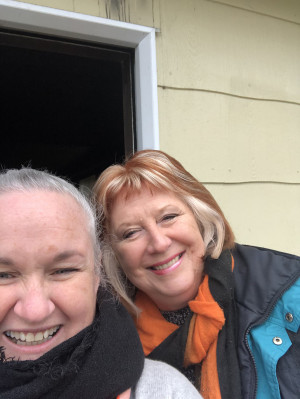 There were also three separate instances of parents signing their children up for the Fire Awareness and Intervention Programme, where Fire and Emergency staff work with children to prevent similar fires happening in New Zealand homes.

The Fire and Emergency crew had set up signs at the home which showed how people could prevent damage by doing things as simple as closing doors.

One neighbour told the Southland Times visiting the open home had taught them lessons for fireproofing their own home.

"You start thinking at home, I need to put this away, I need to do this, so it was actually a very good education."

They previously didn't have smoke alarms in their home but were now getting some installed, the Southland Times reported.