Kāinga Ora plans to deliver over 40,000 new, warm, dry homes throughout the country in its large scale urban development projects. These will be a mix of social, market and affordable homes built over the next 20 years.

Our Urban Development and Delivery group partners with developers, councils, iwi, government agencies to deliver urban development projects of all sizes. In Auckland we are currently leading the delivery of large-scale development projects in Hobsonville Point, Northcote, Roskill, Oranga, and Mangere, and in Te Kauwhata, Waikato. Kāinga Ora is also working alongside Tāmaki Regeneration Company to enable more homes in Point England, Panmure and Glen Innes in Auckland’s east, and has partnered with Ngāti Toa and Porirua City Council to deliver a large-scale development in Eastern Porirua.

As well as increasing the supply and choice of new, high-quality housing, these projects will also deliver improved infrastructure, create more connected neighbourhoods and better amenities, and will lead to more competition and innovation in the home construction market by creating a significant pipeline of work for building companies.

Our approach to urban development recognises that places, cities and towns aren’t just built things. Good urban design must embrace the past, celebrate the culture of people that live there and enhance the environment. That’s why we work closely with existing communities and rōpū to ensure our development outcomes have far-reaching benefits and support the Kāinga Ora vision of building better, brighter homes, communities and lives. 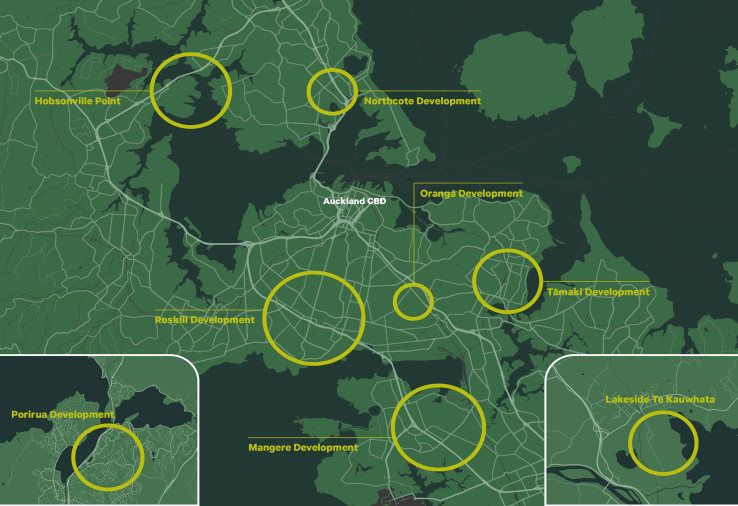 Kāinga Ora’s Urban Development and delivery team is seeking to develop sustainable neighbourhoods which are well designed and built and have high quality housing, amenities and public realm. Over 1,200 superlots will be available over the next 15 years to deliver over 40,000 houses.

We are looking for interested parties to join the Developer/Housing Provider Group who would like to acquire land and develop in accordance with a Development Agreement with Kāinga Ora – UDD. All interested parties, regardless of size, are invited to respond.

Find more information about how you can partner with us by emailing procurement-UDD@kaingaora.govt.nz.